Oct 4, 2017 Quito Ecuador
It started sunny today when we were walking in Quito. We walked to Carolina Parque. We spoke a lot of Spanish. Today we are staying in Ramiro’s daughter’s apartment. He was the guy who picked us up from the airport😁. 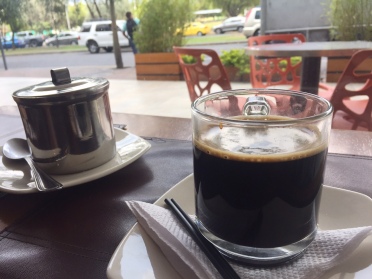 One thing that I did not know is that there is one whole aisle filled with Coca Cola!! Also, there are people selling things everywhere, such as candy, dream catchers, makeup and slushies.

We stopped and played in a park for a little while, then it was time to walk back. While we were walking back we saw this man who had two soccer balls ⚽️ to be butt cheeks and two even bigger soccer balls to be his chest. 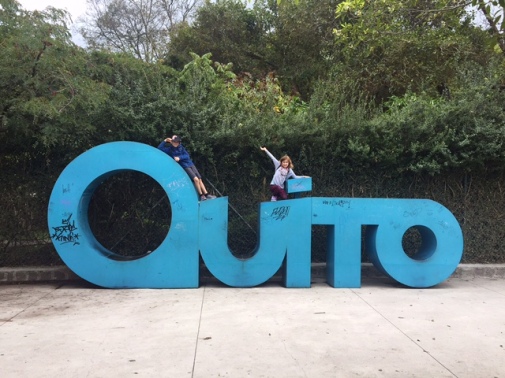 He was also wearing a dress and a girly hat. He was selling little things and even pushed a baby in a baby swing. He sold something to a couple I am not sure 🤔 what. We had brunch and ordered in Español.

7 thoughts on “Starting in Quito”